Posted by Vincent Henderson on January 30, 2018 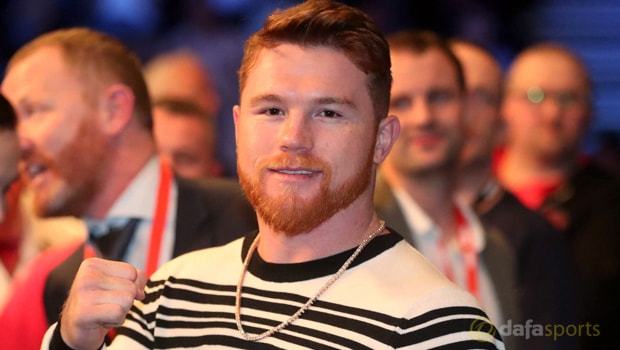 Mexican Saul ‘Canelo’ Alvarez insists he will stop Gennady Golovkin after the pair agreed to a rematch.

The pair will meet at middleweight for the second time in a year after their first bout was scored as a draw.

Golovkin and Alvarez fought for the IBF, IBO, WBA ‘super’ and WBC middleweight titles on September 16 but the judges could not separate them.

Now the duo will fight on the Mexican national holiday of Cinco de Mayo for the same titles as well as the The Ring and vacant lineal middleweight titles.

Alvarez has won 34 of his 52 fights via knockout and he has vowed to stop his Kazakh rival.

“I’m delighted to once again participate in one of the most important boxing events in history,” said the Mexican.

“This second fight is for the benefit and pleasure of all fans who desire to see the best fight the best. This time, (Gennady) Golovkin won’t have any excuses regarding the judges because I’m coming to knock him out.”

Golovkin has yet to lose in his professional career and he is also confident of claiming the victory this time around.

“I didn’t agree with some of the judges’ decisions in the first fight. This time there will be no doubt. I am leaving the ring as THE middleweight champion of the world.”