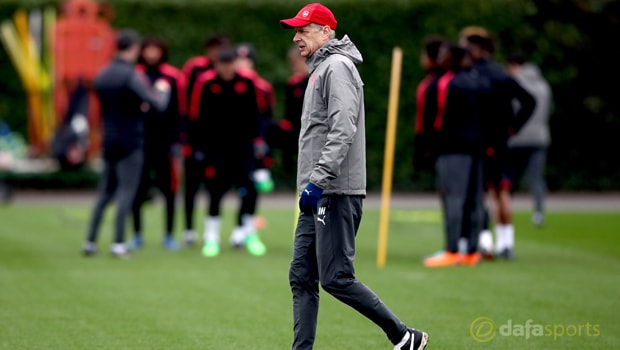 Arsenal will face Atletico Madrid in the semi-finals of the Europa League following the draw in Lyon.

The Gunners will host Diego Simeone’s men at the Emirates on April 26 before travelling to the Spanish capital a week later.

Olympics Marseille and Red Bull Salzburg will square off in the other semi-final looking to book their place in the May 16 decider in Lyon. Arsenal are desperately seeking to win the Europa League this season.

It would be the Gunners’ third major European honour and a first since the 1994 Cup Winners’ Cup final success against Parma. Hoisting the Europa League would also give Arsene Wenger a ticket back into the Champions League next season, with a top-four finish in the Premier League now beyond them.

Arsenal carried a 4-1 advantage into their quarter-final second leg against CSKA Moscow on Thursday but were made to sweat when the Russians scored either side of half-time through Fedor Chalov and Kirill Nababkin.

Danny Welbeck settled Arsenal’s nerves with 15 minutes left before Aaron Ramsey ensured a stalemate on the night with a goal in stoppage time.

Wenger admits it was a more intense evening than he’d hoped for in the Russian capital.

“You could see when you have a big difference after the first game it is difficult to turn up with the same urgency than if the difference is very small and that played a part in the first half,” the Gunners boss said.

“I felt in the two games they played well, especially tonight they made my heart beat much quicker than I expected it to be.

“We played against a good team. I knew that after the first game and they showed that again, they gave us many problems.”

Arsenal are 2.20 to win at Newcastle on Sunday in the Premier League. Rafael Benitez’s team are 3.30 while the draw is 3.50 at St James’ Park.