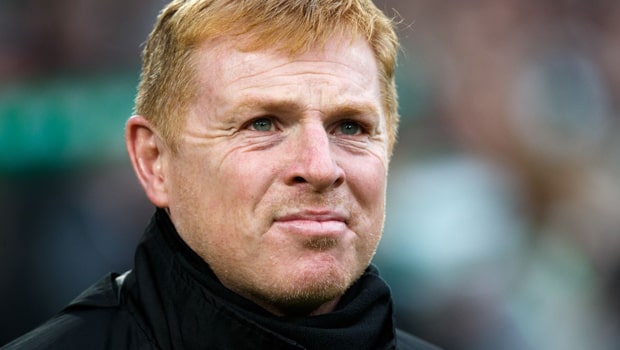 Neil Lennon was left ‘furious’ after being hit by a coin thrown from the Hearts supporters at the end of a feisty, scoreless Edinburgh derby.

The Hibs boss was celebrating in front of his dugout – in the direction of the home supporters – after Hearts had what initially appeared like a last-gasp winner chalked off.

Lennon said he had received plenty of verbal abuse over the 90 minutes and was merely giving something back to the Hearts supporters.

The ex-Celtic manager also voiced his disgust after reports that Hearts keeper Zdenek Zlamal was struck by a Hibs fan as he retrieved the ball from behind his goalmouth during a lamentable evening at Tynecastle.

“People will say I was winding the crowd up; I wasn’t. I was just giving a bit back for the abuse I was taking for 90 minutes.

“People say ‘Neil Lennon brings it on himself, he deserves to get hit by a coin’ or whatever. I am not having this,” he said.

“I’ve had it here before, a guy coming on to the pitch trying to attack me. It is not on.”

Hearts counterpart Craig Levein also added his thoughts on the matter, suggesting there is “no place” for such antics at a football match.

Lennon felt the reputations of both Hibs and Hearts were tarnished and called on the authorities to ensure the perpetrators are identified.

“It’s blackening the name of both clubs and Scottish football. This should be a showpiece game, it was feisty and intimidating, everything you expect,” he added.

“But if people can’t behave themselves they should be banned, singled out, embarrassed and humiliated because they have humiliated the club.”

Hibs are 1.70 to win their next game at home to St Johnstone on Saturday while league leaders Hearts are 11.00 to win at Celtic.