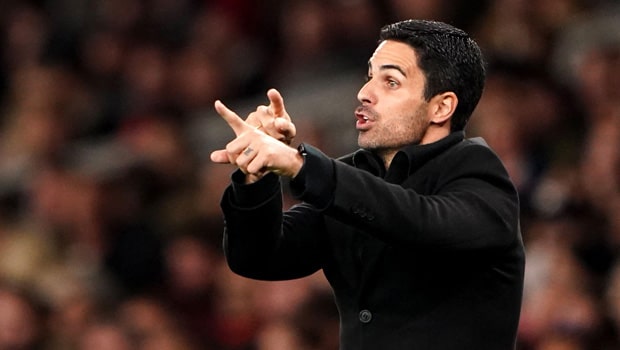 Arsenal will hope to continue their impressive run of form on Tuesday when they face Leeds United in English Football League club cup at the Emirates Stadium.

Mikel Arteta side are unbeaten in their last 9 games with 7 wins and two draws.

The Gunners latest win came in a 3-1 win over Aston Villa on Friday in the Premier League where Thomas Partey, Pierre Emeric Aubameyang and Emile Smith Rowe all got on the scoresheet.

The win puts the Gunners within a point of UEFA champions league places. The win also boosts their confidence ahead of the Leeds United clash.

Leeds have won just one of their last three games after losing to Southampton and recording a 1-1 draw against Wolves at the weekend.

While Arsenal beat Wimbledon 3-0 In the last round of the EFL cup Leeds United beat Fulham 1-0 to progress to the next round.

Meanwhile, in other matches, Chelsea, who thrashed Norwich City 7-0 in the Premier League at the weekend will face Southampton at the Stamford Bridge.

Queens Park Rangers will also play Sunderland in the third EFL fixture of the night.

On Wednesday, West Ham will host Manchester city at the London stadium. The Hammers are chasing UEFA Champions League football next season and duly beat London rivals Spurs by a single goal at the weekend.

Leicester City will play Brighton Hove and Albion. Both sides had contrasting fortunes at the weekend with the Foxes beating Brentford while Brighton lost 4-1 to Manchester City.

At the Turf Moor Burnley will welcome Tottenham while Preston will host in-form Liverpool who, on Sunday, thrashed Manchester United 5-0 at the Old Trafford.

The final game of the round will see Stoke city host Premier League side Brentford.