Bernd Leno has no regrets 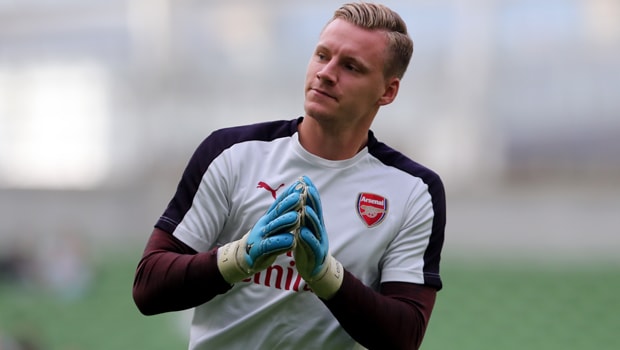 Bernd Leno says he has no regrets over his move to Arsenal and is convinced that he made the right move despite not yet making his debut in goal.

The keeper joined from Bayer Leverkusen in the summer but new Gunners boss Unai Emery has, so far this season, kept faith with Petr Cech.

They collected their first victory 2018-19 against West Ham last weekend but started the new campaign with successive defeats.

Emery seems committed to the team playing out from the back and Leno is seen as a better fit in the long term.

In the meantime though, he is happy to stay patient and wait for his chance to come with no regrets over his move to London. He told Sport Bild: “I am convinced my move was the right decision.

“It maybe takes a few weeks or months, but my time here will come. I’d love to play straight away.

But I won’t lose my patience, the coach has shown me a clear plan and I believe in it.

But sure: I always want to play and as soon as possible here.”

That much-needed victory over the Hammers last weekend propelled the Gunners into the top half of the early Premier League table and they will aim to push further towards the top four at the weekend.

The final game before the first international break of the season sees Arsenal travel to Wales to take on Cardiff City.