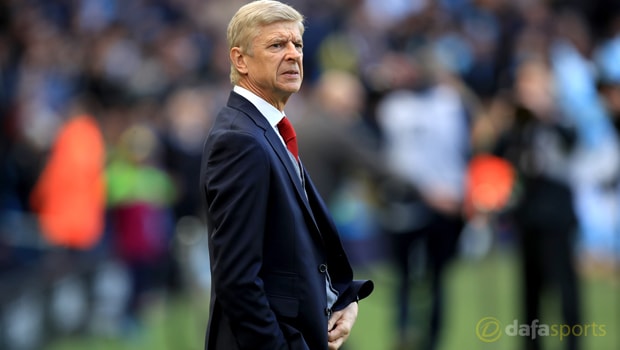 Arsenal finished behind Tottenham in the Premier League for the first time in Arsene Wenger’s two-decade tenure last season, but they are not underdogs going into Saturday’s north London derby.

That is the view of the Gunners boss as his side get set to welcome third-placed Spurs, four points ahead of his team already this term, to the Emirates Stadium.

Despite the current league standings and the confidence that Spurs will have gained recently from their demolition of European champions Real Madrid in the Champions League, Wenger says Arsenal are well equipped to win the game.

“Not at all,” said the Arsenal manager when asked in his pre-match press conference.

“I think Tottenham is a good side but we have the quality to win this game and that is what we want to show.”

The Frenchman will be keen on securing local bragging rights by taking the derby spoils, but Wenger has been around long enough to know that picking up three points against any team currently above them in the table is what matters most in order that Arsenal don’t lose touch.

“There is always pride involved, a desire to beat your opponent,” he said.

“You need to have full commitment, but as well be lucid enough and calm enough to focus on the game.

“It is one of the fixtures of course that is very important for us and that you want to win.

“Basically as well, in the table, we have to make some ground up with the top teams.”

Current prices suggest Wenger may be right, with Arsenal edging favouritism at 2.40. Spurs are 2.88 win the north London derby with a stalemate at 3.50.