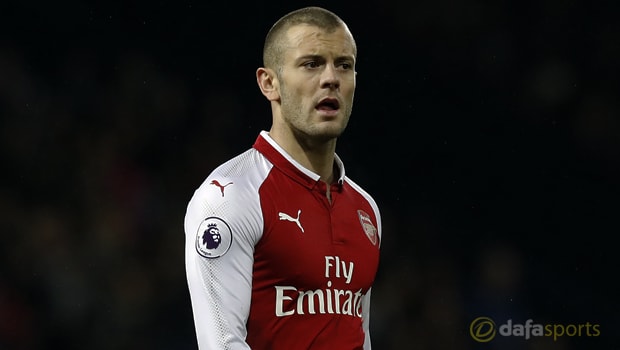 Arsene Wenger believes Jack Wilshere’s form for Arsenal can see him become a key player for England ahead of the 2018 World Cup.

The midfielder has been plagued by injuries in recent years but has found a run of fitness this season and after earning his stripes in the Europa League, has re-established himself in the first team.

Wednesday saw him produce arguably his best performance of the campaign as he excelled in the 2-2 draw against Chelsea, netting his first league goal since 2015.

Inevitably talk has been rife about a potential England recall, having not played for the Three Lions since the infamous defeat to England at Euro 2016.

Despite Wilshere’s form, doubts remain over his future due and he is still to extend his contract beyond the end of the season.

Wenger admits he has been impressed by what he has seen from the 25-year-old, backing him to earn a recall in time for Russia in the summer.

“I think he is at the level now where not many people expected him to be,” Wenger said.

“When was the last time he played for England? Exactly, against Iceland [at Euro 2016], he came on.

“Since he has not played for England and I would say that means that everybody had given up on him. Today, nobody would be surprised if he was selected again.

“So that means instances of us being criticised for that, I think first of all he deserves a great credit for remarkable strength and we do as well.”

Arsenal are next in action on Sunday in the FA Cup against Nottingham Forest and are 1.57 to win at the City Ground, with the draw 4.20 and Tricky Trees 5.50.