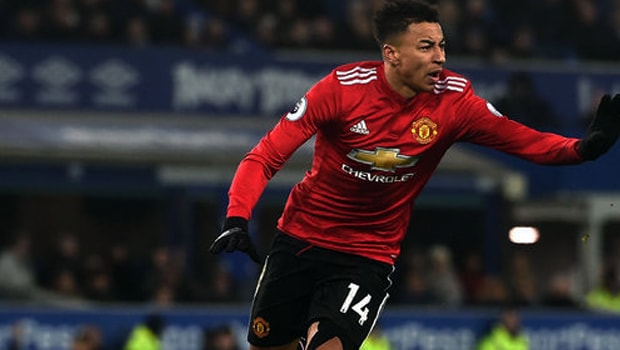 The attacking midfielder has enjoyed a strong season to date, adding goals to his game to already reach double-figures for the campaign, the most recent of these coming in the New Year’s Day win at Everton.

Monday’s result helped the Red Devils cement their place in second in the league and as Jose Mourinho has suggested, without Manchester City’s excellence, United would be the pace-setters.

Lingard’s directness has added an extra string to their bow, having regularly been criticised for their deliberate and often defensive play under Mourinho.

Having been in and out of the side this season, Herrera is likely to start in Friday’s FA Cup game at home to in-form Championship side Derby.

The Spaniard admits he has been impressed by the England international’s scoring form and has urged him to keep shooting as he feels his hard work is reaping the rewards.

“Jesse has it now,” he said. “He has to keep trying to shoot, but the movements he does for the team are also amazing.

“He’s very quick at the moment as well. No one can catch him. We are happy for him.

“He wants to improve, he wants to be a fantastic player. You can see in every training session and he’s showing it in the games.”