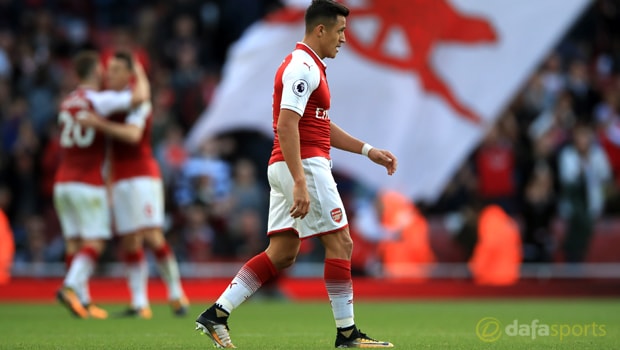 Arsenal manager Arsene Wenger is confident Alexis Sanchez will win back the fans after he was booed by his own supporters in Saturday’s 3-0 victory against Bournemouth.

Chile international Sanchez, whose contract runs out at the end of the season, was subject of huge interest this summer with Manchester City lodging bids towards the end of the window.

However, the Gunners chose to keep hold of the 28-year-old forward after a £90million deadline-day move for Monaco’s highly-rated Frenchman Thomas Lemar broke down.

Arsenal picked up a routine 3-0 win against the Cherries at the Emirates on Saturday, Danny Welbeck grabbing a brace whilst Alexandre Lacazette notched his second goal for the club.

Sanchez was brought on as a late substitute and he received a hostile reception from the fans, who are clearly unhappy the former Barcelona star pushed for an exit this summer.

Wenger is unconcerned about the jeers directed towards the Chilean and the manager is confident his star man will be able to get the fans back on his side.

“Alexis Sanchez will win the fans back, and win them back very quickly,” he said.

“We have to accept those responses from people. I don’t know why [there were jeers]. The best way to get people on your side is to perform.”

Sanchez will be hoping to earn a starting place for Thursday’s Europa League Group H clash against Cologne at the Emirates as Arsenal begin their European campaign.

The Gunners are 1.30 favourites to pick up three points, a draw is priced at 5.00 whilst their German opponents are 8.50 outsiders to cause an upset.