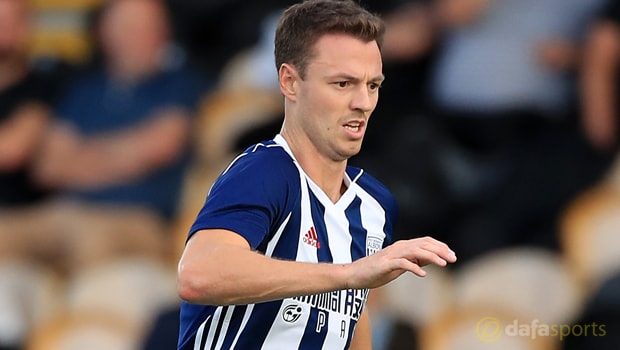 Tony Pulis is delighted West Bromwich Albion were able to keep hold of Jonny Evans and the manager is hopeful the defender signs a new contract soon.

Evans, who was appointed captain after the departure of Darren Fletcher to Stoke City this summer, was targeted by Manchester City and Arsenal in the recent transfer window.

The Citizens had an offer, believed to be worth around £18million, rejected while the Gunners, who refused to sell Chile star Alexis Sanchez to the blue side of Manchester, failed to lodge a bid.

But West Brom managed to keep hold of their newly skipper and Pulis wants the Northern Ireland international to be handed a new contract to stave off any interest when the January window opens.

“It was very important [to keep him],” he said.

If they had met a value it might have been a different situation.

“I’m pleased, obviously, that Jonny stayed. He has got to knuckle down now, get back in the team, and start showing everybody what a good player he is again.

“I hope we can offer him a new contract and tie him down, we will speak next week about what Jonny is thinking and what he wants to do.”

The Baggies, who are unbeaten this season, return to league action on Saturday when they make the trip to the AMEX Stadium to take on Brighton, who have only picked up one point this term.

Chris Hughton’s men are 2.63 to clinch all three points, the draw is priced at 3.10 while the visitors are 3.00 to secure a third Premier League win of the campaign.