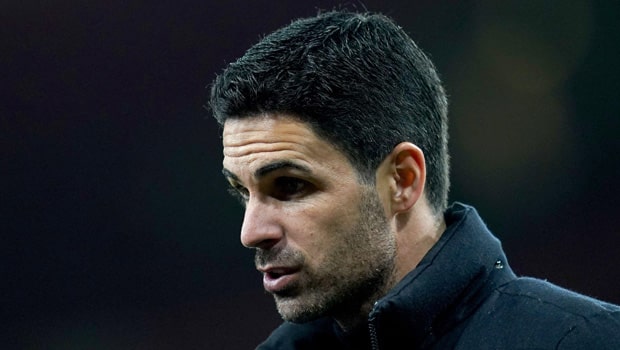 Arsenal’s top four bid was hit with a hit drawback on Monday evening when they were beaten 3-0 by Crystal Palace at Selhurst Park.

The Gunners were hit with injury worries just before the start of the game, and it eventually affected Mikel Arteta’s side as thet crumbled to the embarrassing defeat.

Arsenal had dropped out of the top four over the weekend as Tottenham beat Newcastle 5-1 to sit in fourth, but Arsenal had the chance to retake the position with a win.

However, the win never came as the Gunners fell behind as early as Jean Phillip Mateta opened the scoring in the 16th minute before Jordan Ayew doubled the score 8 minutes later.

Wilfred Zaha then converted a penalty in the 74th minute to seal the win for Patrick Viera’s side on the night against a team he played for.

Meanwhile, Mikel Arteta explained the performance was not good enough for a team of Arsenal’s caliber.

“It is time to accept the criticism, put your hand up and apologise because this performance was not good enough for this club. But then react from the beginning, we were not at the races. When you come here, you have to compete, you have to win duels and second balls and be aggressive, and we were none of those.” Arteta said.

Arsenal sits in fifth with 54 points, same as Tottenham in fourth position; the Gunners will now face Brighton and Southampton in their next two games.

On Tuesday, Everton and Burnley will be locked in a relegation dogfight when both sides meet on Tuesday evening. While Everton are just above the relegation zone with 25 points, Burnley are deep in the zone in nineteenth with just 21 points.

Both sides lost their last Premier League games at the weekend, only losing 2-0 to Manchester City, while Everton also lost to West Ham.