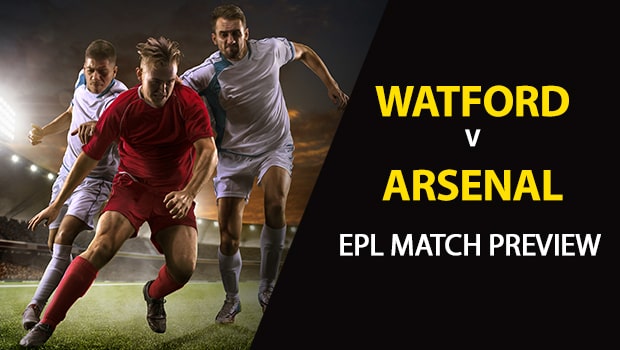 A pair of teams both coming off a draw their last time out go head-to-head at Vicarage Road this Sunday. Watford and Arsenal clash in a matchup AccuScore simulation data is showing some side value.

Draw: Picks indicate there’s a 26 percent chance this matchup ends in a draw. That happens in 20 percent of simulations – suggesting no added value on the pick.

Last Time Out: Watford enters this weekend’s matchup following a 1-1 road draw vs Newcastle at the end of August. Arsenal finished in a 2-2 home draw vs Tottenham.

Head to Head: These two sides last matched up in Premier League action on April 15, 2019 when Arsenal won, 1-0.

Pierre-Emerick Aubameyang has close to a 54 percent chance to net the abll for Arsenal. He averages 3+ shots overall per sim, 1.25 shots on goal per and 0.78 goals per sim.

Picks indicate there’s a 50-to-51 percent chance for Arsenal to win this matchup. They win close to 65 percent of simulations, suggesting some noticeable value on the pick.