Arsenal To Be Without Aubameyang For EFL Cup Tie 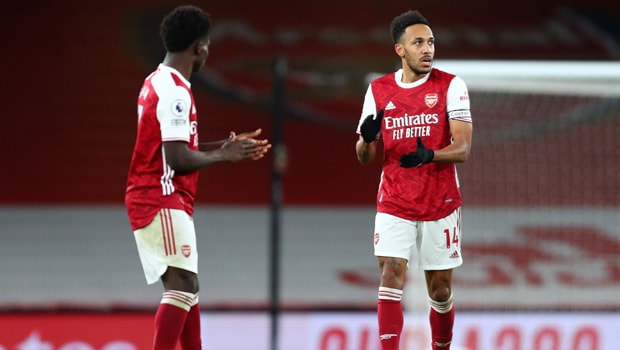 The former Dortmund striker has not recovered from the calf injury that made him miss Arsenal’s 2-1 loss to Everton at the weekend in the English Premier League.

“Auba is not fit for [Tuesday], He will have another scan in the next few days and we will see how quickly we can get him back in the team.” said Arsenal boss Mikel Arteta.

The Gunners are having their worst start to the season since the 1974 – 75 season as they sit 15th on the log.

Arsenal’s lost 5 of their last seven games, but they have had a good run in the EFL Cup, beating Liverpool and Leicester City to reach the quarter-final.

Already, Mikel Arteta believes winning the EFL Cup is achievable should they get a win against Pep Guardiola’s side. Arteta led the Gunners to the FA Cup and the Community Shield last season.

“This is what we want to use it for because it’s a competition we want to try to win, We had two difficult opponents, with Leicester and Liverpool. We managed to beat them both and now we are playing at home and we are one step closer to Wembley.” Arteta said.

Without Aubameyang, Arsenal may find it difficult to break the Manchester City defence on Tuesday as the Citizens have only conceded once in their last nine matches.

Pep Guardiola’s side is also unbeaten in their last nine matches, but they will be without Brazilian striker Gabriel Jesus for the EFL Cup Tie.

Meanwhile, the Gunners may also take solace in the fact that Manchester City has only scored two goals in their last three games.