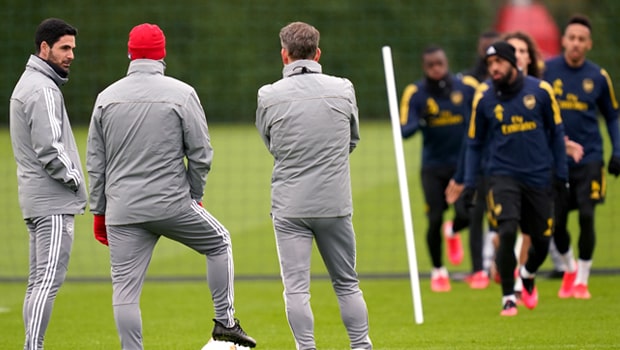 Mikel Arteta and his Arsenal side will hope to get a positive result when they travel to Greece to face Greek Powerhouse, Olympiacos in one of the Europa League’s round of 32 fixtures.

Arsenal, since the start of 2020, are currently unbeaten, but in 8 games played, the Gunners has four wins and four draws in all competitions.

Similarly, Olympiacos’ last loss came in the UEFA Champions League against Tottenham Hotspur in a 4-2 loss on the 26th of November 2019.

Since then, the Greeks are on an 18-game unbeaten run with a win of 14 games and 4 draws. Olympiacos finished third in their UEFA Champions League group B, behind Bayern and Tottenham dropping into the Europa League.

The North Londoners, on their part, finished top of Group F in the Europa League with 11 points from 6 games.

According to Head to Head statistics, Greece hasn’t been a favorable hunting ground for the Gunners as the side has lost three times in four visits, albeit the last visit in 2015 ended with a 3-0 win for the English team.

In their last game, Arsenal put up an impressive second-half display to thrash Newcastle 4-0 with Nicolas Pepe, Aubameyang, Lacazette, and Mesut Ozil all getting on the scoresheet on Sunday.

They will hope for a repeat of such scoreline against Olympiacos, who scored four as well, including a clean sheet against Panionios in the league.

A result other than a loss will be impressive to take back to the return leg in the second leg at the Emirates stadium on the 27th of February.

Other English teams in the Europa League on Thursday include Manchester united traveling to Belgium to face Club Brugge while Wolves will host Españyol at the Molineux Stadium.

Arsenal are pegged at 2.50 to defeat Olympiacos, while Olympiacos are set at 2.83.