Metz vs. Lyon: Guimaraes may make his first start

Posted by OLADIPUPO MOJEED on February 21, 2020 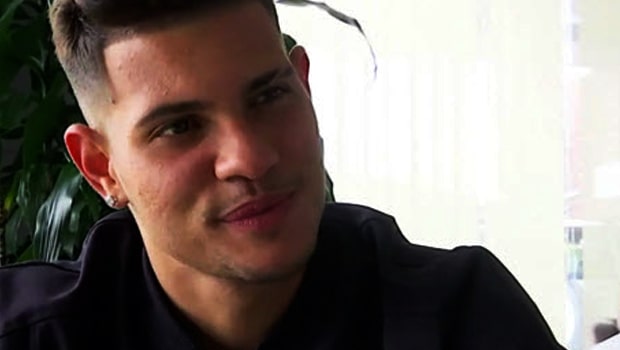 The new signing of Olympique Lyonnais, Bruno Guimaraes, may make his first start against Metz tonight.

Lyon is fighting for a place in next season’s Champions League with six points separating them and Lille that is occupying the last spot of qualification for the money-spinning competition.

They will also be hosting Serie A leaders, Juventus next Wednesday in the first leg of the Round of 16 of the UEFA Champions League.

Ahead of the Champions League clash, Rudi Garcia’s side needs a win that could boost their confidence against the Italian giant, having failed to record a win in any of their last four Ligue 1 matches.

With just two points from a possible 12, Lyon has slumped to 11th in the table, with seven points separating them from third-placed Rennes with 13 games remaining.

The Brazilian who joined the Ligue 1 outfit for over 20 million euros from Paranaense during the winter transfer could play a key role between now and the end of the season for the side.

Having been recently voted player of the tournament when he helped Brazil qualify for the Tokyo 2020 Olympics, Guimaraes could be the final puzzle to Lyon’s problem.

Speaking highly of the 22-year-old defensive midfielder, Garcia said he would start to feature more frequently for the side after being an unused substitute against Strasbourg.

The former Roma boss said Guimaraes is technically strong in the short game with one-touch play.

He also said he has to look at the games he will use for in Ligue 1 from a defensive point of view after telling him what he expects from him as a midfielder.

Garcia further said that there had been communications, and everything is fine for now, and the midfielder is raring to get on the pitch.

While stating that he had to adapt and understand the league and the team, Garcia said he would also need to cope with the pace of the game as it will be different from what he’s used to.

He also said he believes Guimaraes will settle down into the team on time with help from other Brazilians in the squad.

After being out for almost three months with a knee injury, Léo Dubois could return to the pitch. He had played 45 minutes for the reserves last weekend without any setbacks.

Rafael, on the other hand, is out with a muscular injury he picked up early against Strasbourg.