Arsenal steal a point from Norwich 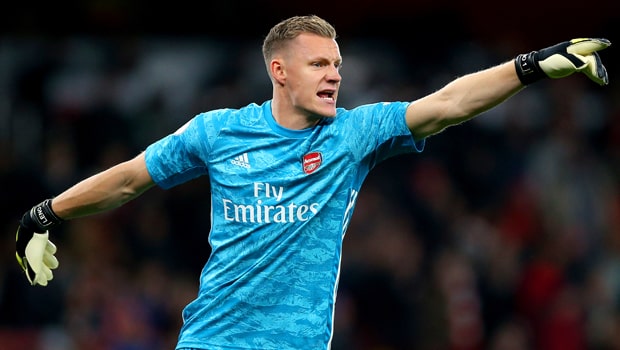 Dafabet sponsored Norwich City can feel hard done after their 2-2 draw against Arsenal on Sunday. Leading the game twice, Norwich squandered plenty of scoring opportunities and were constantly denied by brilliant performance of Arsenal’s goalkeeper Bernd Leno. While Norwich created the better chances overall, Arsenal managed to show some of their potential in clinging on to the point by the skin of their teeth and arguably a bit of luck. Caretaker manager Freddie Ljungberg was not too disheartened after his first game in charge, despite dropping points to a lower stature team.

Norwich didn’t enjoy the best of starts and all too willingly gave the possession and control to the skillful visitors. Arsenal failed to convert their chances, but looked more active and passionate than in a long time under the guidance of Unai Emery. However, it was the thus far overwhelmed home side to score first, as if to highlight the issues Arsenal has had all season long. On 21st minute Teemu Pukki found some space in the midst of five Arsenal defenders and his shot deflected off Shkodran Mustafi into the net. It was the seventh of the season for Pukki, ending his eight-game goal drought since the winner against Manchester City back in mid-September.

Arsenal then pulled even by a controversial goal from the retaken penalty of Pierre-Emerick Aubameyang. Tim Krul saved the initial try from the spot, but it was called back due to an encroachment by Max Aarons. Aubameyang didn’t fail twice, but brought his team back into the game while the home side was left furious by the refereeing decision. It was all according to the rules, though. The resilient Norwich couldn’t be pushed down and Todd Cantwell gave them another lead just before the half-time by slotting the ball coolly in the back corner of the net. While Arsenal had the possession of the ball for 65% in the first half, they only managed to threaten Norwich’s goal three times – the same number of efforts Norwich had on the other end.

The second half followed much of the script of the first. Arsenal started off better, looking for the equalizer by any means possible. It was Aubameyang once again who delivered for his team after a tussle in front of the goal from a corner kick. Aubameyang was left unmarked and tied the game 2-2 by a blast from close range. Norwich kept on the pressure, but Leno denied both Kenny McLean and Todd Cantwell to keep the score even.

Despite another good result against a big six club, Norwich remain in the relegation zone with 11 points. Everton holds the first survivor spot with 14 and by the look of the form, Norwich might still have the tools to leapfrog into safety. Result against Arsenal was encouraging, while somewhat disappointing at the same time. No better time to make the good form pay off, than the next fixture against another relegation candidate Southampton.