Posted by Olumide Akinnifesi on December 3, 2019 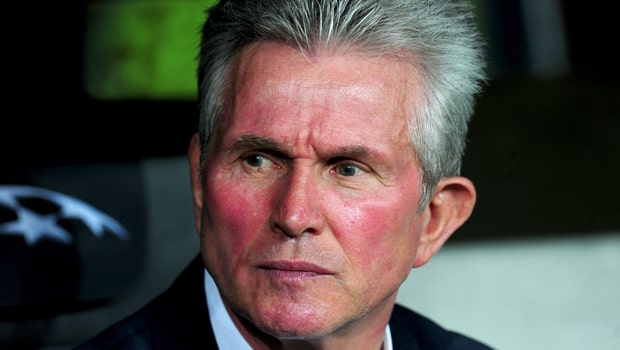 Former Bavarian head coach and legend, Jupp Heynckes has tipped interim head coach Hans Flick to turn the fortunes of the club around.

There have been a lot of controversies and debates on who should occupy the vacant seat at the Allianz Arena. Heynckes who has already given his full support to Flick to take the team to the team to the next level, suffered his first loss since he took over proceedings as the interim coach against Bayer Leverkusen on Saturday. And the former Bayern manager thinks Flick has what it takes to take the club to a whole new era.

When quizzed as to why he his backing Flick to succeed, he said; “Hans Flick is capable to take  this job permanently, as the head coach of F.C Bayern and he has the potential to even remain beyond 2019/’20 season”.

It is rare from a man like Heynckes to give such statements. He has distanced himself from footballing activities since his retirement at the end of the 2012/’13 season before returning to take up a caretaker role at the club during the 2017/’18 season.

Flick is a familiar figure at the club even prior becoming the interim coach. His fundamental know-how, expertise, experience, human touch and Philosophy makes him a gem of a coach. It is also noticeable how he turned around the team positively within a short term, making the team looking completely different , attractive style of play and team oriented football. In Flick, Bayern have a coach who can shape an era.

As things are, there is a feeling around the club that Flick is the right man for the job. Though, others might have their own opinions as to a manager who they believe can do better than Flick at the moment.

What’s next for Bayern?

Bayern will look to bounce back from that defeat and prepare for a visit to league leaders Borussia Monchengladbach after which they host Jose Mourinho’s Tottenham Hotspur at the Allianz Arena. than flick at the moment.