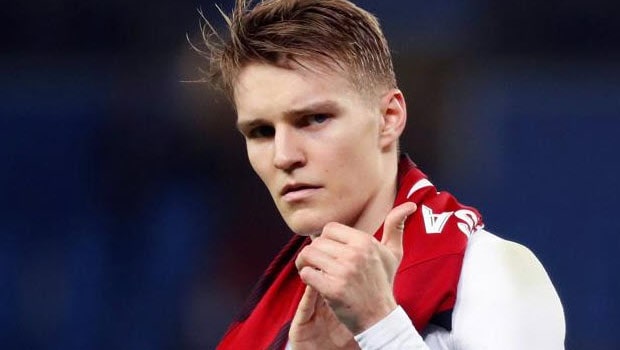 Real Madrid midfielder Martin Odegaard has joined Arsenal on loan for the rest of the season.

The Norwegian midfielder has failed to nail a starting shirt this season at the capital club after an impressive loan spell at Real Sociedad last season.

Real Sociedad was interested in bringing the 22-year-old back on loan with a promise of playing time but, Odegaard preferred a move to the Emirates Stadium than staying back in the La Liga or moving to Ajax, where he had interests.

According to reports, Real Madrid hindered the midfielder’s return to Real Sociedad because the Los Blancos wants the player to get Premier League experience.

Meanwhile, Arsenal boss Mikel Arteta explained that Odegaard will provide the Gunners more quality in the frontline. He said that the player, albeit young, has experience playing at the top level.

The player explained that he loves the North London club and manager Mikel Arteta, who he considers a top manager and a crucial reason for him to join the club.

“He seems like a top manager, and I liked his ideas, the way he sees football, and also the way he is. He gave me a great feeling, and that was important for me to come here. He was crucial. I think it’s a club that suits me well.” Odegaard said.

Martin Odegaard could play his first game for Arsenal in the Premier League against Manchester United on Saturday, January 30.

Meanwhile, Arsenal has had a busy winter transfer window with departures of Mesut Ozil to Fenerbahce and Sokratis Papastathopoulos to Greek club Olympiacos after being released earlier in January.