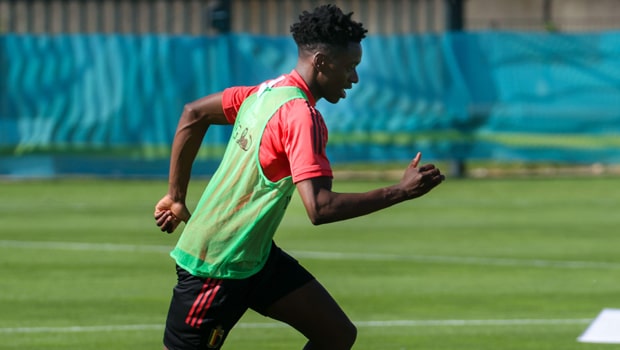 Premier League side Arsenal has confirmed the signing of Belgian Midfielder Albert Sambi Lokonga from Anderlecht.

The Belgium youth International who captained Anderlecht’s main team a couple of times last season signed a long-term contract with the Gunners.

However, the transfer fee for the youngster is undisclosed. Lokonga debuted for Anderlecht in 2017 making 78 appearances in total since then and scoring three goals.

Meanwhile, Arsenal manager Mikel Arteta revealed that the club is confident that the player is ready for the next level in his development especially after learning under former Manchester City defender Vincent Kompany who coached him at the Belgian side.

“Albert is a very intelligent player who has shown great maturity, He has been coached well by Vincent Kompany and his team at Anderlecht. I know Vincent very well and he talks so highly about Albert and the positive impact he had on Anderlecht in recent seasons,” said Arsenal boss Mikel Arteta.

Lokonga has been assigned the number 23 shirt while he will join the squad once he completes the current isolation regulations.

Asides from Lokonga, Arsenal have brought in 21-year-old left-back Nuno Tavares from Benfica for £8m this summer and they are also negotiating with Brighton and Hove Albion in a bid to sign England defender Ben White.

The Gunners have had a terrible start to their pre-season having lost 2-1 to Hibernian in their first preseason game before drawing 2-2 against Rangers last weekend.

Arsenal still has pre-season games against Inter, Chelsea, and Tottenham Hotspurs before the first Premier League game of the 2021/2022 Premier League season against Bradford.

Meanwhile, Arsenal is also interested in Italian Sassuolo Midfielder Manuel Locatelli who they have indicated that they are ready to pay the £34m that the Seria A side is asking for.