Arsenal return to winning ways, while Man United come from behind to beat Tottenham 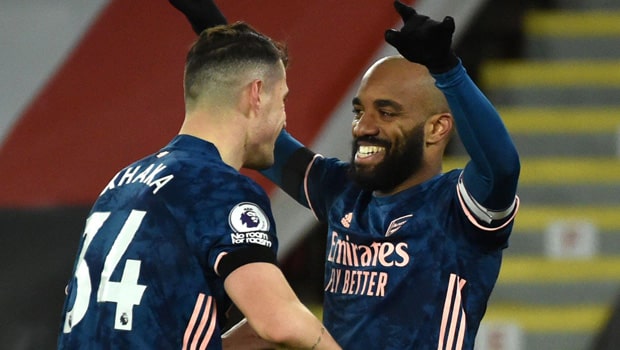 North London club Arsenal returned to winning ways on Sunday after they defeated the bottom Club Sheffield United three goals to nil at the Bramall lane.

The Gunners were without a win in their last two matches in all competitions after losing 3-0 to Liverpool in their last Premier League game and then drawing 1-1 against Slavia Praha in the UEFA Europa League on Thursday.

The Blades, destined for relegation, are also without a win in their last five matches in the Premier League and the Gunners took full advantage of their host’s poor run of form by getting into the lead in the 33rd minute through French striker Alexandre Lacazzette.

Arsenal then doubled the lead through Gabriel Martinelli in the 71st minute before Lacazette scored a brace in the later parts of the game and was replaced afterward with Eddie Nketiah.

The win leaves Arsenal in the ninth position with 45 points, nine points away from fifth-placed Chelsea.

Meanwhile, Manchester United came from a goal down to defeat Tottenham Hotspur on Sunday at the White Hart Lane Stadium.

Spurs took the lead in the 40th minute through Heung-Min just after Edinson Cavani had his goal cancelled by the VAR.

The Red Devils equalized in the second half through Fred just before the hour mark, before Edison Cavani in the 79th minute, and Mason Greenwood in the final minutes won the game for Manchester United on a weekend that Manchester City lost.

The runaway league leaders lost shockingly to Leeds United at the Etihad Stadium on Saturday with a 2-1 scoreline.

Leeds United took the lead in the first half before Manchester City equalised in the second half, but Leeds United, despite playing a large chunk of the game with a man down, scored the winner in the stoppage time through Stuart Dallas.