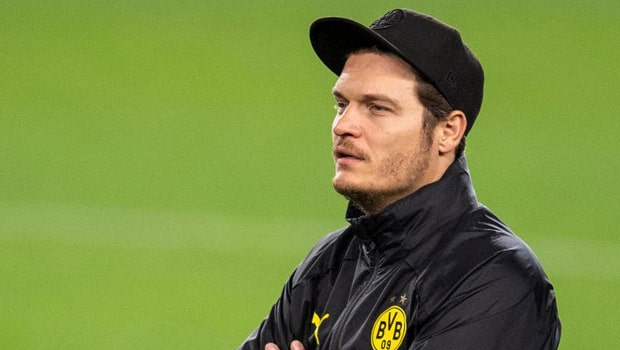 With the 2022/2023 new campaign set to kick off in a month, Dortmund has begun preparations for pre-season as players are due to return to full training on Monday.

Newly appointed manager Edin Terzic may have to do with a few players at his disposal as many of the senior squad players on international duty early this month continue to enjoy an extended break.

Dortmund will also witness the absence of their new signings like Nico Schlotterbeck, Karim Adeyemi, and Niklas Süle. This list also includes Jude Bellingham and the injured Marco Reus.

The absentees in the squad will pave the way for some interesting young talents to make their first-team debuts for the club as they look to impress Terzic for a place in the team.

Reports suggest three players are likely to make their way into the first team after some fine performances for the Dortmund reserves.

Lion Semic, Göktan Gürpüz, and Bradley Flink are now set aside to begin training with the first-team squad. This will enable them to blend well with the team ahead of the new season.

These three players played a pivotal role for the U-19s, earning two [Semic and Gürpüz] professional contracts with the club, with Semic making his debut for the Dortmund first team in April.

Out of the trio, only Fink is set to join the club U-23s in the Bundesliga 3rd division after coming off a successful season with U-19s, where he scored 34 goals in 30 appearances. But for now, these fantastic three are set to train with the first team in the pre-season.

Dortmund will play their first pre-season game against the sixth-tier side Lüner SV on the 5th of July.