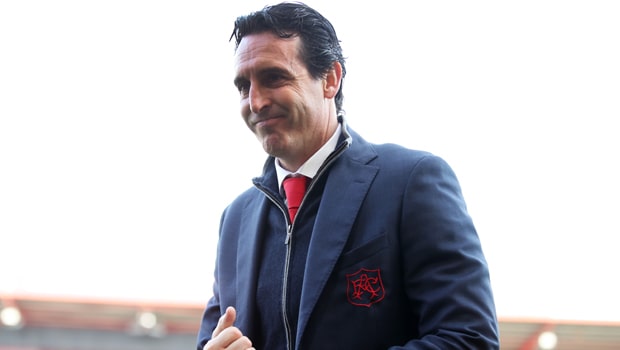 Arsenal manager Unai Emery was delighted with his team’s preparations for the north London derby after they scraped past Bournemouth on Sunday.

The Gunners will take on Tottenham at the Emirates next weekend and they will be looking to extend their unbeaten run to 18 matches when they take on their nearest rivals.

Emery’s men took the lead against the Cherries, with midfielder Jefferson Lerma scoring a spectacular own goal.

Joshua King then grabbed an equaliser on the stroke of half-time but the home side eventually lost the game.

Gabon international Pierre-Emerick Aubameyang struck to move them two points behind Chelsea in the race for the top four and Emery is happy with his team’s preparations ahead of their battle with Spurs.

He told reporters: “Every match is three points, and today it was very important to win and stay near Tottenham, Chelsea and Liverpool.

“I think Man City are very far ahead, but we want to concentrate on our progress, and that was important today – especially playing against Tottenham at home next week.

“We are happy with the result, but also the commitment over the 90 minutes with our control was good.

The Gunners are 2.50 favourites for the derby, with the draw 3.50, while Tottenham are also well fancied at odds of 2.75.