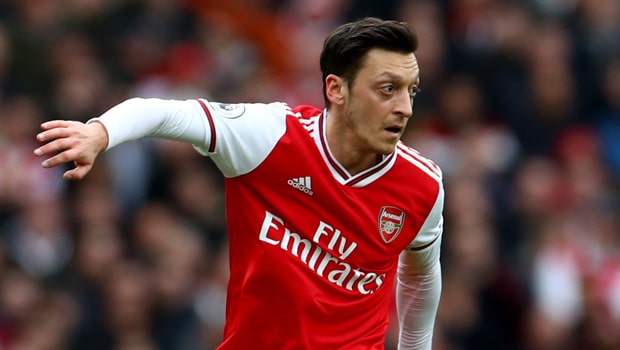 Arsenal has left German midfielder Mesut Ozil out of it’s Europa League squad for the 2020-2021 season.

Ozil has been in a controversial situation at the Emirates Stadium as his future remains uncertain at the club, with manager Mikel Arteta leaving him out of the team constantly.

Ozil’s last competitive appearance for the Gunners was in March against West Ham United, although he did play against Brentford during the pre-season.

However, a new signing from Atlético Madrid, Thomas Partey, was included in the 25-man squad. The Ghanaian joined for a fee of £45m on transfer deadline day.

Arsenal’s first match in the Europa League this season is against the Austrian side Rapid Vienna on the 22nd of October.

The Gunners will face Irish club Dundalk and Norwegians Molde in group B in the group stage.

Other notable omissions from the squad include defenders Sokratis Papastathopoulos and William Saliba.

Arsenal qualified for the Europa League by winning the English FA Cup, beating Chelsea in the final at the Wembley Stadium.

They have won three of their four Premier League games so far, with the 3-1 loss to Liverpool the only blip.

The Gunners are fourth with nine points so far; their next game will be after the international break against Manchester City, which will be followed by the Europa League opener.

During the summer, goalkeeper Emiliano Martinez left the Gunners for Aston Villa permanently.

Meanwhile, Arsenal wonderkid Bukayo Saka made his Three Lions debut in the friendly against Wales on Thursday evening.

The teenager was handed a call up by Gareth Southgate into the England national team after impressing at the Emirates Stadium in his debut season last season.

He is eligible for Nigeria through his parents, and should he not get capped in a competitive match; the Africans may snap him up.