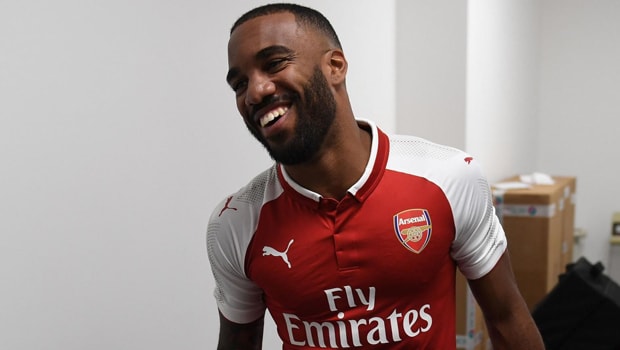 Alexandre Lacazette has set his sights on silverware following his club-record move to Arsenal.

The French international striker finally completed his switch to the Emirates on Wednesday, signing on a five-year-deal for a fee expected to rise above £50m.

Lacazette has spent his entire career to date at Lyon and proved himself to be an able marksman, breaking the 20-goal a season barrier in each of the last three campaigns.

His exploits made him a wanted man across Europe and he is now looking to repay the faith shown in him by Gunners’ boss Arsene Wenger.

The 26-year-old has set his sights on winning plenty of silverware in North London, with ending the club’s 13-year wait for the Premier League title clearly high on his list of priorities.

“I want to give one hundred per cent in every match,” Lacazette told the club’s official website.

“I want to show I’m worthy of the shirt. I want to do everything I can to make sure we win titles.”

“I am, of course, delighted and very proud too because Arsenal is a legendary club.

“Throughout my childhood, thanks to Thierry Henry and other French players, I always dreamed of playing for this club so today that dream has been fulfilled.”