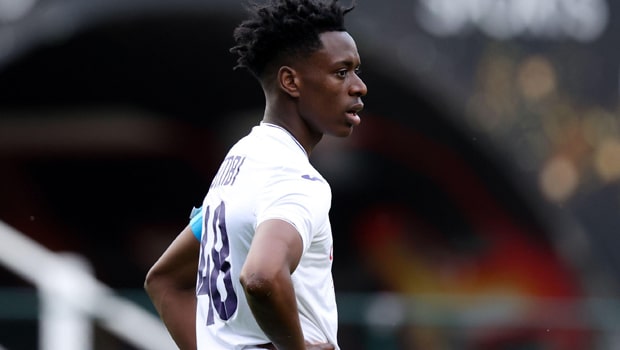 21-year-old midfielder, Albert Sambi Lokonga, signed a long-term deal with Arsenal as he moves away from Anderlecht.

“Albert is a very intelligent player who has shown great maturity in his performances during his development,” Mikel Arteta, Arsenal’s manager, said. “He has been coached well by Vincent Kompany and his team at Anderlecht. I know Vincent very well and he talks so highly about Albert and the positive impact he had to Anderlecht in recent seasons.”

He was featured 37 times across all competitions for Anderlecht last season under manager Vincent Kompany, scoring three times and finishing with three assists.

“We’re confident Albert’s ready for the next stage in his development and we’re looking forward to welcoming a new member to our squad with his quality and presence,” Arteta added.

Under Arteta, Arsenal have made it a focus this offseason to bolster their midfield options.

Reports confirmed that Arsenal have been scouting Lokonga for some time now, especially as the U-21 seven-time cap was called up to the senior side in March. He was an unused substitute for Belgium in the Euros.

Lokonga is signing No. 2 for Arsenal this offseason, with defender Nuno Tavares from Benfica being the previous one.

He’s a high-potential, versatile midfielder who can be utilized in both an attacking style of a traditional box-to-box set-up.

“Sambi is of course a very good player,” Anderlecht sporting director Peter Verbeke said. “He’s one of the top talents coming from our academy. He can play as a defensive midfield player, he can play as a box-to-box player and, especially the last two seasons at the club, he has developed really well. He’s someone who is good on the ball, his technical ability in tight spaces is really good. Good short passing, good long passing. He’s always been a late developer so it’s only in the last season that his physical development really came into place.”