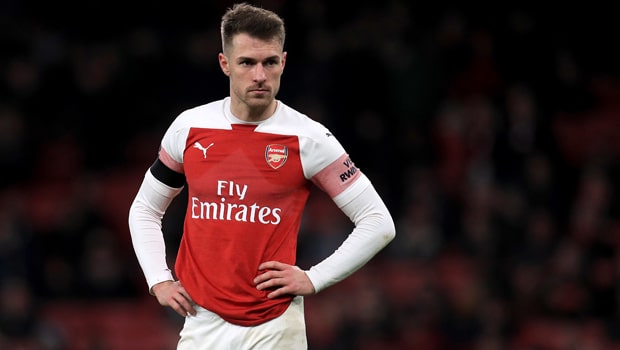 Aaron Ramsey has signed a pre-contract agreement that will see him join Serie A champions Juventus this summer, it has been confirmed.

The Welsh midfielder has been the subject of much speculation this season as his future at Arsenal was up for debate.

Ramsey’s contract at the Emirates expires this summer and Juventus were joined by the likes of Barcelona, Real Madrid, Paris St Germain and Bayern Munich in being linked with a move to secure the 28-year-old.

Ramsey has signed a four-year deal and will officially join the Italian champions on July 1, the day after his Arsenal contract expires.

Reports have suggested Ramsey will earn around £400,000 per week following the transfer, with Arsenal missing out on any potential fee having allowed the player’s contract run down.

He will leave the north London club 11 years after arriving from hometown club Cardiff City and, while looking forward to life in Turin, Ramsey suggests it wasn’t an easy decision to move on.

“I wanted to issue a personal statement for all the Arsenal fans who have been extremely loyal and supportive.

You welcomed me as a teenager and have been there for me through all the highs and lows I have encountered during my time at the club,” the midfielder said in a statement.

“It is with a heavy heart that I leave after 11 incredible years in north London. Thank you.

“I will continue to give the team 100 per-cent and hope to finish the season strongly, before heading on to my next chapter in Turin.”

The Gunners are 6.50 to win the Europa League this season, while Juventus are 7.00 to win the Champions League.