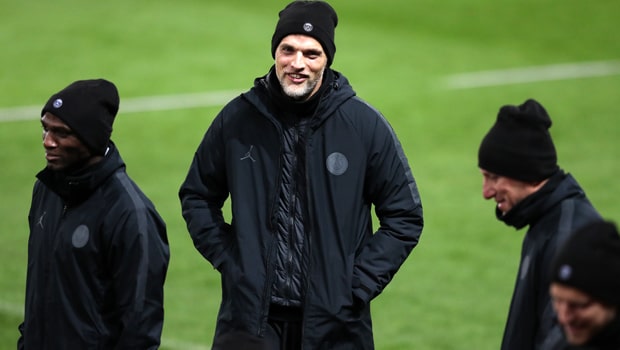 The runaway Ligue 1 leaders were heavy favourites to progress from this tie when the draw was made in early December but the landscape has changed dramatically since.

Jose Mourinho was sacked at United boss and the Red Devils have been resurgent with 10 wins from 11 games under interim boss Ole Gunnar Solskjaer. PSG meanwhile arrive in England minus the services of star trio Neymar, Thomas Meunier and Edinson Cavani.

Tuchel respects that the home side will seek to go on the offensive, but he has promised his team will also aim to be on the front foot in Manchester.

“We’re used to playing offensively and creating chances. It’s our DNA and changing that is difficult,” said the German.

“There will be moments when we’ll defend because I expect a very attacking Manchester, very brave, with many attacking players. We’re here to score goals.”

PSG were leading scorers in the group stage with 17 goals, though only two of the 16 teams that progressed conceded more goals (11) and they failed to keep a clean sheet in any of their six outings.

Solskjaer has impressed most with his work since assuming control at United and Tuchel acknowledges the improvements are there for all to see – but he remains confident his side are in with a strong chance of getting a positive outcome over two legs.

They play with a lot of confidence. They score lots of goals, take the lead early and are on an impressive run,” he added.