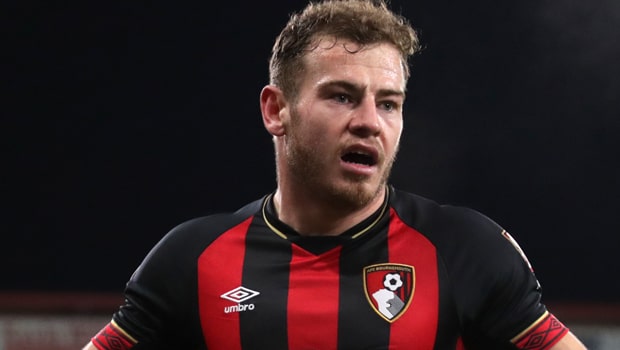 Bournemouth winger Ryan Fraser admits it is flattering to hear his name linked with a move to Arsenal, though he won’t be allowing it distract him.

The Cherries winger has flourished this season, scoring six Premier League goals and providing 10 assists for his teammates. Only Eden Hazard (11) can better that tally so far.

It has been a standout season for the 25-year-old Scotland international and one that has pushed him onto the radar of Gunners boss Unai Emery, according to reports.

Fraser admits it won’t do his own confidence any harm to be linked with the north London giants.

“I’m not going to lie, it’s very nice. It means you are doing something right,” he told Sky Sports.

“They are a huge club, a massive club. When you see your name thrown around you always think to yourself that you are a Bournemouth player and you try to do well.

“I’m not going to lie, you do feel good, especially when it’s a massive club.” Bournemouth are currently in 12th spot and have only managed one win in their last five in the league.

They’ve got six games remaining and Fraser says he’ll concentrate on doing his best for Eddie Howe’s team, irrespective of any speculation about his future.

“If you think like that I’ll probably have one [a bad game] at the weekend, my passing will be miles off,” he added.

“I will just keep doing what I am doing, try to enjoy myself and try to win the game for my team. What will be, will be.”

Bournemouth are 2.10 to beat Burnley on Saturday. The Clarets are 3.60 for the Vitality Stadium clash with the draw priced at 3.50.