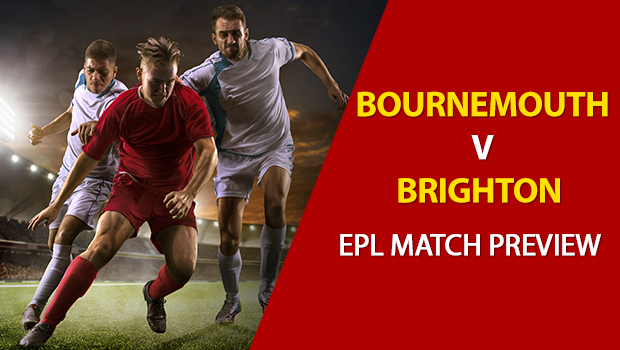 We’ve got a pair of teams looking to bounce back from back-to-back league losses as Bournemouth and Brighton & Hove match up this weekend at Vitality Stadium.

Betting on the Draw: Odds indicate there’s a 27 percent chance the match ends in a draw. There’s a draw in over 31 percent of AccuScore sims, suggesting some added side value on the draw.

Head to Head: These two sides last met in Premier League action back in January of 2018. They finished in a 2-2 draw. Prior to that matchup, Bournemouth had four straight wins in any competition vs Brighton & Hove.

Joshua King has close to a 32 percent chance to score for Bournemouth. He averages 2.18 shots overall per sim, 0.87 shots on goal per and 0.38 goals per sim.

Odds indicate there’s a 51 percent chance the total combined score stays below 2.5 goals. That happens in over 68 percent of AccuScore sims, suggesting quite a bit of added value on the pick. The UNDER is a four-star (out of four) AccuScore hot trend pick.