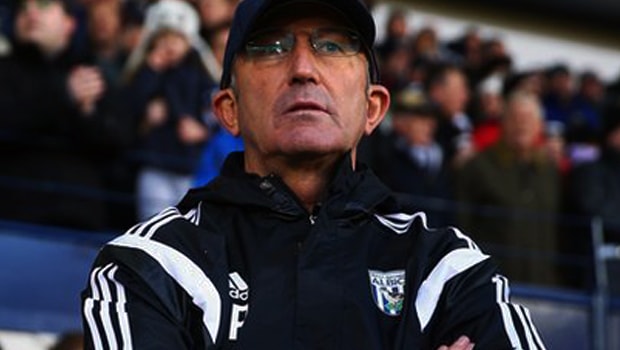 West Brom boss Tony Pulis stands by the football his team has played this season, though he admits he is under pressure at the Hawthorns.

Media reports have suggested that Pulis has two games to save his job after nine league matches without a win.

West Brom are 16th in the Premier League table, one point above the relegation zone.

The Baggies entertain champions Chelsea on Saturday before facing Tottenham at Wembley next weekend and Pulis admits there is pressure on.

“If you don’t get results then you’re under pressure. That’s life and you have to get on with it,” said Pulis.

“The club will decide what they decide. You don’t have to tell me results have to get better.”

Pulis believes he has been ‘unfortunate’ this season with injuries to creative players like Nacer Chadli, James Morrison and Oliver Burke.

Their previous two home league games have brought a 2-2 draw with Watford and a 3-2 defeat against league leader Manchester City, with Pulis insisting it is unfair to label his team ‘boring’ this season.

“People say the football has been boring and this that and the other – last two home games, at the Hawthorns have seen nine goals scored,” he added.

“People tell me we are this, that and the other. You look at the league and you can pick four or five team who have scored less goals than us.

“One of those teams is Bournemouth and everyone tells me what great football they play.”