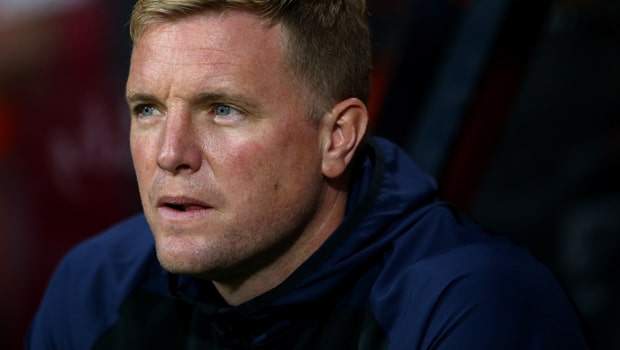 Bournemouth manager Eddie Howe is expecting a tactical battle with Leicester City on Saturday and has urged the home faithful to get right behind his men.

The Cherries and Foxes have both enjoyed a solid start to the campaign, with the south-coast side sixth in the standings having taken seven points to date.

Claude Puel’s men sit two places but just one point behind and victory for either side this weekend would put down a real market for the clubs who traditionally battle just below the top six.

Howe feels that Leicester’s style has changed in recent times and the contests are not as open as they were when they claimed an astonishing Premier League title in 2016.

“The games against Leicester have been entertaining, tight, tactically really interesting,” he said.

“Traditionally they’ve been a counter-attack team but now they’re more possession based.”

Bournemouth are now in their fourth Premier League season and can be considered an established top-flight club having finished 16th, ninth and 12th.

There is still a long way to go this term but the 40-year-old tactician wants all the backing the fans can muster to aid his charges in an important match.

“We’re still in the early stages and still have a lot to prove, but these early games do shape your season,” added Howe.

“We want to get the home crowd really behind us and give them a worthy performance.”

Bournemouth can be backed at 2.38 to take all three points while the East Midlanders are on offer at 3.00 and the draw is 3.40.