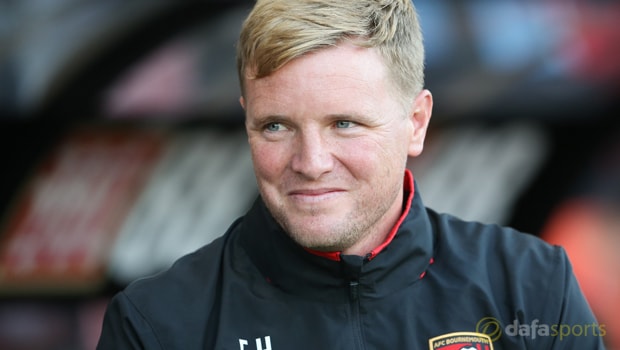 Bournemouth manager Eddie Howe believes all the extra pre-season work on defence is starting to come good as they go in search of a third successive clean sheet against Swansea.

The Cherries, who finished ninth in the Premier League last term, have underperformed so far in 2017-18 but recent results suggest they could be in the ascendency.

Bournemouth have kept clean sheets in their last two Premier League outings against Newcastle and Huddersfield, claiming 1-0 and 4-0 victories respectively, to propel themselves up to 13th in the table.

Howe has struggled to address their leaky defence ever since winning promotion to the Premier League and he put an extra focus on that side of their game during pre-season.

The south-coast club shipped 11 goals in their opening six games, while they have allowed three to find a way through in the last six.

Swansea, who have scored just twice in their last seven outings in all competitions, host Bournemouth on Saturday and Howe is keen to see his side extend their run of clean sheets.

Howe said: “Our defensive record had to improve and we spent a lot of time during pre-season working on it.

“Maybe it didn’t show during the early part of the season but, hopefully, we are getting the benefit now.”

Swansea can be backed at 2.70 to claim all three points at the Liberty Stadium, while Bournemouth are priced at 2.75 to come out on top, and the draw is available at 3.20.