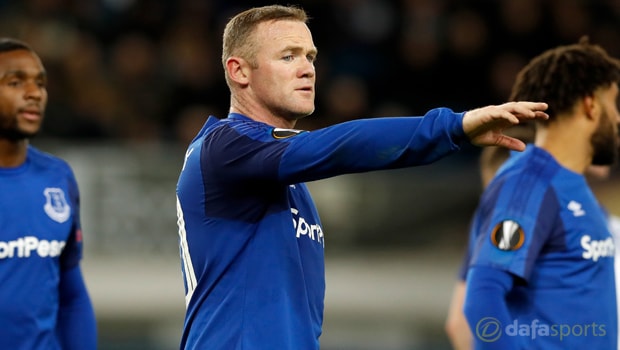 Wayne Rooney insists Everton have a lot to be positive about domestically and has urged the squad to move on quickly after a demoralising defeat to Atalanta in the Europa League.

The Toffees suffered a disappointing 5-1 loss at the hands of the Italian outfit at Goodison Park on Thursday, although they knew that progression to the knockout stages was unattainable prior to kick off after a dismal campaign in the Europa League, which has seen them pick up just one point from five games.

Everton, who are priced at 11.00 to be relegated, still have to play Apollon Limassol in their final group match in Cyprus on December 12 but Rooney wants the squad to focus on salvaging their season in the Premier League.

Former manager Ronald Koeman was given the boot on October 23 and David Unsworth still remains in temporary charge as the club’s hierarchy continue to search for his successor.

Unsworth struggled to address their issues initially but he appears to have steadied the ship slightly over recent weeks after claiming a win over Watford and a draw against Crystal Palace in their Premier League outings during November.

Rooney insists they must quickly forget about Thursday’s loss and hopes they can remain on track in the league as they look to climb up the table.

“It’s been positive in terms of picking up points in the league recently and we need to keep working on that,” Rooney told reporters.

“Since David Unsworth’s come in there’s been a great atmosphere amongst the players, some positive results and the players are enjoying the day to day training.

“It’s been a positive few weeks in terms of performances, tonight aside, so I think we have to keep trying to pick up points in the Premier League and try to move up the table.”