David Brooks ready to kick on under Eddie Howe 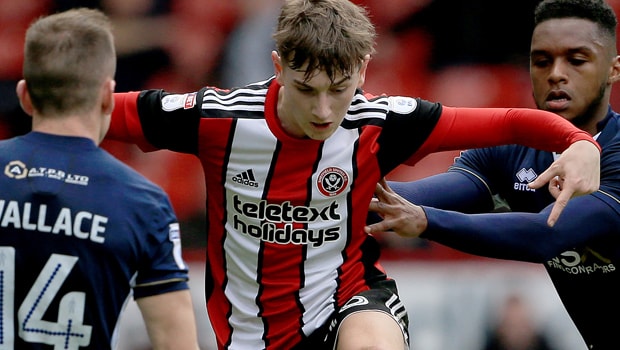 The Cherries made an official approach last week and the two parties agreed a fee over the weekend.

Brooks travelled to the south coast last week to complete a medical and agree personal terms and he has now signed a four-year deal.

The 20-year-old becomes Howe’s first signing of the summer as he tries to help the club kick on to new heights after three years in the Premier League.

When asked about his move to the Vitality Stadium, Brooks told the club’s official website: “The chance to come and play for a club in the Premier League is a great opportunity for myself.

I’m delighted to be on board. “When you look at Eddie Howe as a manager you want to be involved in something like that.

He’s got big ambitions and with younger players he develops them well and he gives them a chance.

“That’s something I’m looking for and he was one of the main attractions for me to come to Bournemouth.”

Brooks is already a Wales international after picking up three caps since November 2017.

He qualified for England after playing in the 2017 Toulon Tournament but he chose to play for Wales after qualifying through his mother.

The winger scored three goals in 33 appearances for the Blades and he will be hoping to do enough to impress Howe ahead of the first game of the season on August 11.

The Bluebirds achieved promotion last season and they are 3.50 to grab all three points on their return to the top flight.