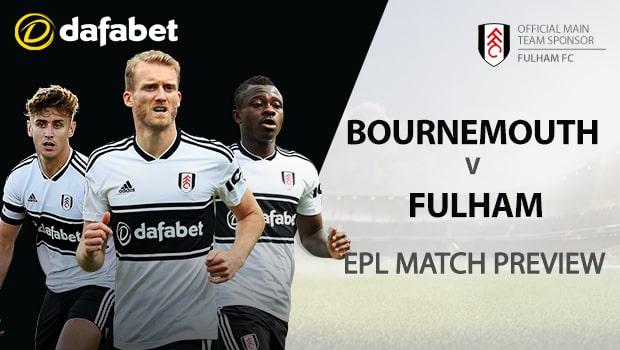 We’ve got a fun one this Saturday at Vitality Stadium as AFC Bournemouth host Fulham in Premier League Action.

Draw: There’s a 23.1 percent chance the match ends in a draw. There’s a draw in 23.3 percent of AccuScore sims, suggesting hardly any added side value on the draw.

Not so Fun Stat: Bournemouth are No. 5 in the Premier League this season in ‘big chances missed.’ It’s an interesting stat because Bournemouth are also No. 7 in the league in goals scored. Imagine if they just capitalized just a bit more on those opportunities? Could be top 5 in goals as well.

Aleksander Mitrovic has close to a 50 percent chance of scoring for Fulham. Mitrovic averages 3.9 shots overall per sim, 1.37 shots on goal per, and 0.69 goals per sim.

Callum Wilson has a 48 percent chance to net the ball for Bournemouth. Wilson averages 2.53 shots overall per sim, 1.04 shots on goal per and 0.64 goals per sim.