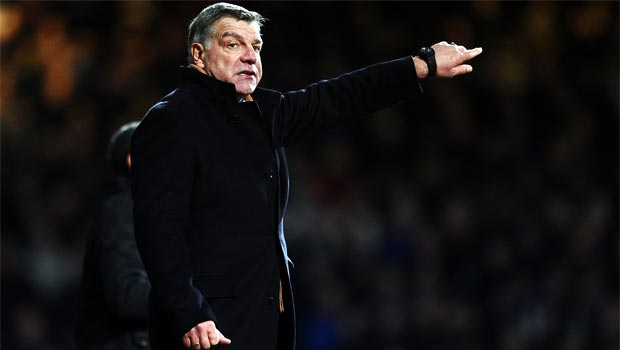 West Ham boss Sam Allardyce is not convinced that his side are assured of Premier League safety, despite the club’s recent turnaround in form.

Ahead of Saturday’s visit of Southampton, Allardyce stressed that the job of ensuring top-flight for another year is far from over, despite overseeing an unbeaten run of four matches that includes three victories.

The Upton Park side are now 11th in the table, but such is the compactness of points from mid-table to bottom that just one slip up can result in a major slide down the table

Allardyce therefore will stress to his players that they cannot afford to relax for a moment.

“Our problem early in the season was scoring goals to win the points,”
he said.

“Now everyone is fit we’re putting both together.

“There’s more competition for places. Winston Reid can’t get in at the moment because the players who are starting are doing a fantastic job.

“We have to maintain our good form when we play Southampton. There’s a long way to go to get safe so we have to keep it up.

“The basics will always stay the same but we might have changed the training a bit around this good run. Try to take the pressure off and keep them focused on getting it right in both boxes.

“We’ve made great strides and great efforts, everybody’s played their part to try and alleviate the situation we were in, but we’re not out of the woods yet.”

Allardyce knows that preventing Southampton from scoring on Saturday will make a little bit of history in itself, as it will be the first time that West Ham will have kept five clean sheets in a row in their time in the Premier League.

The Saints meanwhile have built up a run of just one defeat in nine games, and that was in the FA Cup last weekend. They too will line up with something to aim at, having won their last two Premier League fixtures, as they have never won three in succession.