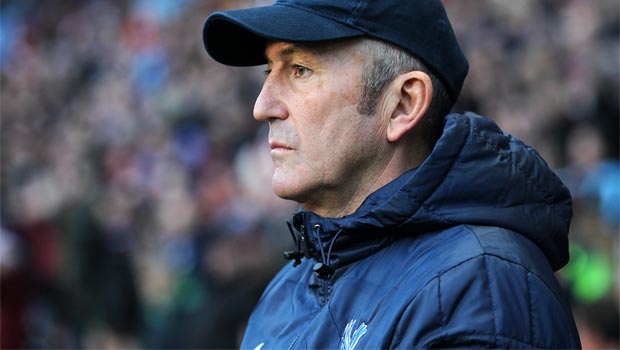 Crystal Palace boss Tony Pulis is full of respect for Saturday’s visitors Manchester United and believes it won’t be long before they are back on top of the Premier League.

Crystal Palace are languishing in the depths of the Premier League table at present, and know that they have a fight on their hands to stay up as they prepare to welcome a United side who themselves are fully 15 points behind leaders Chelsea.

However, Pulis is under no illusions that this weekend’s game will be any easier than it normally is against the Red Devils.

“This is one of the stellar games,” he said.

“They (Manchester United) are a great football club that had been dominated and run by probably the greatest manager in English football history. The changeover was always going to be difficult. There was never any doubt in my mind about that.

“There was always going to be a little void, a vacuum, when Sir Alex moved on. For someone to come in, take the reins and push it on again was too much to ask.

“But David Moyes is the right man. They have got to be patient and they will be. United are a class football club and set-up.

“I’m not surprised there has been a blip this year but I’m sure over the next two to three years that David will build the football club back up to where it was.”

Pulis is already trying to second guess what the line-up will be for the visitors, and is expecting the likes of Rooney, van Persie, Mata and Valencia to be in from the start to make life difficult as Palace embark on a quest to reach 40 points and safety, being 14 shy at present.