Posted by Akinnifesi Olumide on September 20, 2022 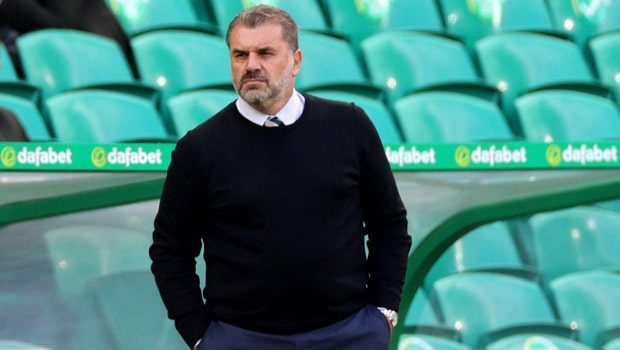 Celtic boss Ange Postecoglou has given an update on injured defender Cameron Carter-Vickers.

The 24-year-old missed Celtic disappointing 2-0 loss away at St. Mirren over the weekend due to injury.

The Celtic boss has now further revealed that the defender might be out for international duties with the United States squad as well.
Before the game against St. Mirren over the weekend, manager Ange Postecoglou had earlier hinted that the defender has a 50/50 chance of making the matchday squad. However, the worst fear eventually happened as the centre-back is set to spend more weeks on the sidelines.
Asked if the absence of his first defender was felt in the game, the manager said the team was in good shape but could have been coordinated if he [Carter-Vickers] had been in the game.

“Of course, as a team, we miss his presence and organization. Before the game, he pulled his hamstring in training, and we knew he couldn’t continue after that”. He said.

“We hope to have him back as room as possible, but for now, he’s out and probably miss the international games with his country as well,” he added.

With Carter- Vickers out, one payer seeking a return is Carl Starfelt. The Swedish international has been working his way to full fitness, and the Australian manager suggest he might be in contention for a return after the international break.

The St. Mirren game shows how Celtic sorely missed the presence of Vickers with Moritz Jenz and Welsh pairing in the loss at Paisley park.
There are stiffer tests to come after the break on the 1st of October, as they welcome Motherwell, followed by a trip to Germany to face RB Leipzig in the Champions League.

Hopefully, they will be looking to have their Centre backs up and running again as Celtic look to return to winning ways.