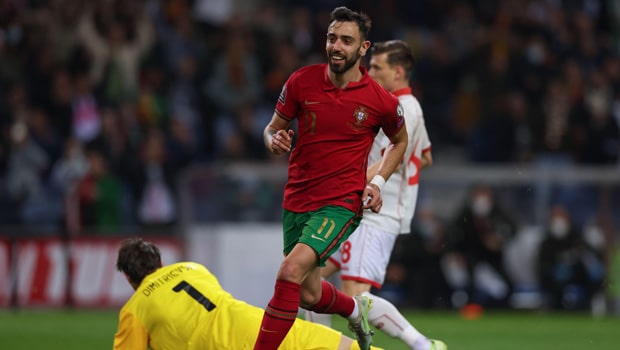 2016 UEFA Euros winners and 2019 Nations League champions Portugal played North Macedonia, who knocked Italy out of the race, while Poland played against Sweden.

Portugal went past Turkey 3-1 in the last round and were up to the task at the Estadio De Dragao on Tuesday for an all-important win.

Portugal manager Fernando Santos who oversaw Portugal’s triumphs at the UEFA Euros, and the Nations League, is now hoping to add the FIFA World Cup to it in December in Qatar.

“I have already won two competitions, and I hope I can win the third one in Qatar. There was a spirit of mutual help and great support from the public. It was a deserved and fair win and qualification. I don’t remember any great goalscoring situations for their team.” Santos said.

The tournament will be Portugal’s sixth FIFA World Cup consecutively and Ronaldo’s fifth.

Meanwhile, Poland needed an explosive second-half display to displace Sweden and qualify for the world cup.

Sweden had beaten Czech republic in the last round after extra time, but they were unlucky against Poland, who were pushed through without needing to face Russia, who were disqualified as part of sanctions due to the Ukraine conflict.

Bayern Munich forward Robert Lewandowski scored a 49th-minute penalty before Napoli’s Pietro Zielinski made it 2-0 with less than 20 minutes left to play.

The goal was Lewandowski’s 51st goal for club and country this season.