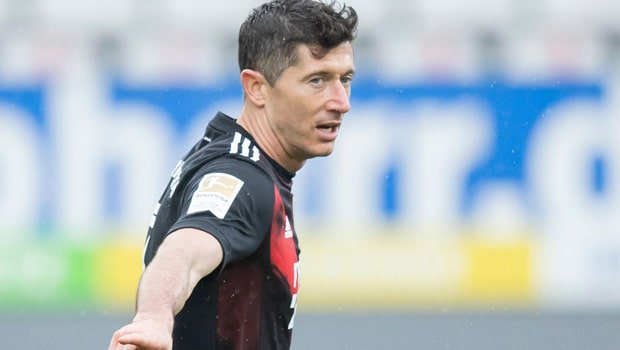 Poland coach Paulo Sousa on Monday named their squad for the European Championships starting next month. It had a couple of surprises as big names like Kamil Grosicki and Sebastian Szymanski missed out on the list of 26 players. However, Robert Lewandowski was named the captain as per expectations. The striker has had yet another stellar season with Bayern Munich.

The squad also features a 17-year-old Kacper Kozlowski after he made his debut in March in the World Cup Qualifiers.

“I’m enthusiastic and, as I said before, we need unity, faith and confidence from the very beginning,” Sousa told reporters.

“Based on the experience from the previous three meetings of the Polish national team, the team I have appointed is the best decision at the moment,” he added.

Krzysztof Piatek, who injured his ankle while playing in the Bundesliga for Hertha Berlin last weekend, has been kept out of the squad as well after the Polish FA confirmed that his recovery will take a minimum of three months.

Grosicki and Szymanski, meanwhile, only made it to the reserves list.

“Kamil has extensive experience and contributed a lot to the national team,” Sousa said.

“However, we want to look at a different development path for this team… to be successful. Making this decision was difficult, but I always put my emotions aside.”

As far as things for Szymanski go, Sousa said that the role he plays for his club doesn’t fit into the plans he wants to implement with this Polish team.

“We wanted to use him on the right side of the field because he is a talented player. At his club, he plays as a central midfielder, but I have a different concept in the squad,” Sousa added.

“I’m counting on him to maintain the pace of development we have seen so far and I believe he will be able to help the team in the future.”

Poland are placed in Group E along with Spain, Slovakia and Sweden. They play their opening match against Slovakia on June 14.