Lille must win their last game to win Ligue 1 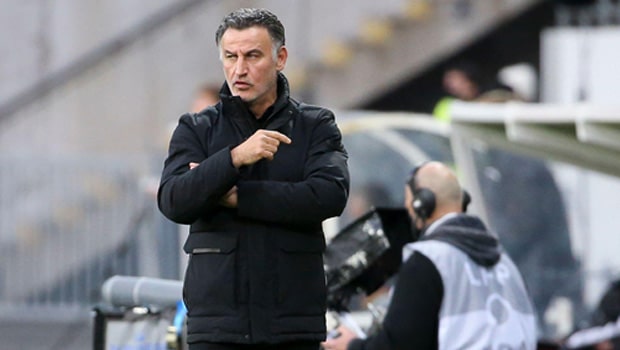 Lille has put themselves in a tight position ahead of their last Ligue 1  game of the season after being held at home by Saint-Etienne over the weekend.

PSG took advantage of their slip by marching past Reims, reducing the gap between them to one point. The team’s star players, Neymar and Kylian Mbappé, both scored in the clash to ensure that the title race will go down to the last 90 minutes of the campaign.

Meanwhile, Monaco and Lyon also won as they continue to hold on to the Champions League spots. Four points now separate the top four teams.

The defending champions knew that nothing other than a win would help their course, and they took advantage of that by walloping their visitors, who finished the game with ten men 4-0 at the Parc des Princes.

Mbappé, who has been more prolific this season despite some few injury setbacks, scored his 26th of the campaign when he intercepted an ill-judged pass across his penalty area by Thomas Foket and fired crisply beyond Predrag Rajkovic in the Reims goal in the 24th minute.

Mbappé and Neymar later got other chances to extend PSG’s lead, but they both spurned them; Marquinhos later headed a corner from his fellow Brazilian past Rajkovic to score their goal number three. On-loan striker, who came in a substitute, Moise Kean added a late fourth a minute from the regulation time as Pochettino’s men sealed the win. They will have to win their next match, a  trip to Brest to keep the pressure on Lille.

Lille, which boasts of only the seventh-best home record in the division since the turn of the year, struggled against a Saint-Etienne side that had won its last two league outings.

Before the game, Lille took 12 points in the last 10 minutes of matches this term but could not repeat the feat against their visitors this time around.

Despite the draw, their destiny is still in their hands as they set for next Sunday’s encounter in Angers.