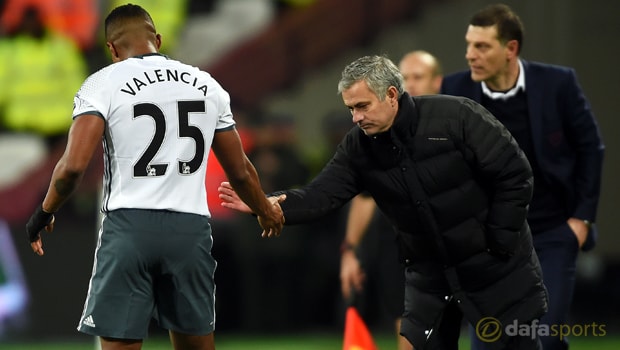 Jose Mourinho insists points gained and performances delivered are more important to him than records after watching his Manchester United side beat West Ham 2-0 at the London Stadium.

It meant six Premier League wins on the trot for Mourinho and United, while their current run of 13 games unbeaten in all competitions is the Red Devils’ best since Sir Alex Ferguson was in charge in 2013.

Mourinho isn’t about to get carried away on recent successes, insisting his team had been playing well prior to their recent upturn in results.

Winning the next game is all that matters to the Portuguese, especially with leaders Chelsea and fifth-placed Spurs meeting at White Hart Lane on Wednesday evening.

“I have a feeling that we can win the next match,” Mourinho told Sky Sports. “We don’t chase records. We chase good performances and points.

“We know Chelsea or Tottenham are going to drop points, so we have to keep chasing. Before, we played so well, but didn’t pick up the points. Now, six wins and 18 points later, it is exactly what we need.”

The win over West Ham was not without its share of controversy. The home side lost Sofiane Feghouli, who was handed a straight red card by Mike Dean for a lunging tackle on Phil Jones after 15 minutes, while Zlatan Ibrahimovic appeared to be in an offside position when netting United’s second goal.

Mourinho says his side were due some luck, while he insists he has sympathy with the plight of officials.

“This period is so difficult for the referees. It is fantastic for the people at home, fantastic for people who come to the stadium.