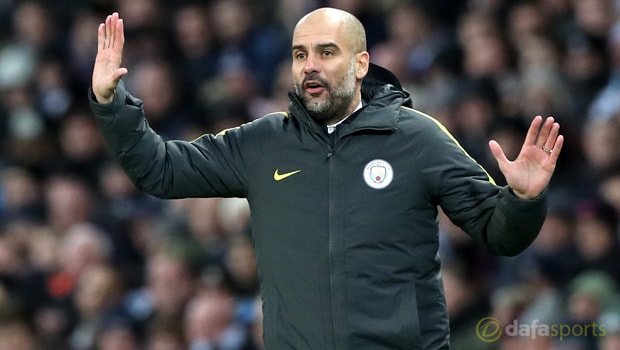 Pep Guardiola is already considering what life will be like after he finishes in football, with the Spaniard confirming Manchester City could be one of his last jobs.

The former Barcelona and Bayern Munich boss insists he will not be managing when he ‘is 60 or 65 years old’ and that he is already approaching the end of his career in the dugout.

Last summer he arrived in the Premier League, taking over from Manuel Pellegrini at City. While his team enjoyed a fine winning start and led the Premier League early on, things have faltered since a defeat to Spurs in early October.

In 13 games since, they’ve managed seven wins, three draws and a further three defeats – leaving them seven points adrift of leaders Chelsea, who also have a game in hand.

Guardiola says thoughts of life after football are what keep him going in his day-to-day work. “What I like is to imagine that the next step can be better – if not, I will not be here,” Guardiola told NBC.

“I feel that the process of my goodbye has already started.” “I will not be a trainer when I am 60 or 65 years old.

Manchester City is three years, or maybe longer, but I am still approaching the end of my career as a manager – I am sure of that.”

City are 8.00 to win the Premier League title this season while they are 1.25 to finish in the top four.