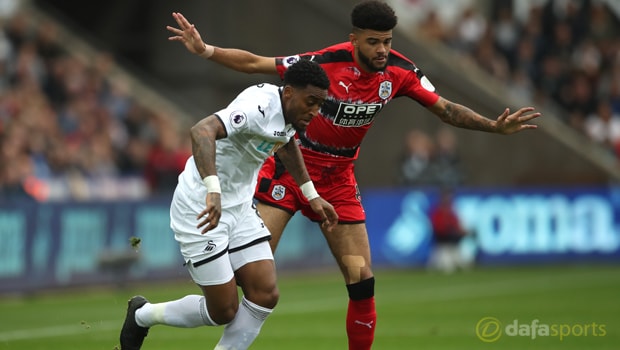 Huddersfield have confirmed that midfielder Philip Billing has undergone surgery on his ankle and should be sidelined for up to 12 weeks.

The 21-year-old joined the Terriers as an academy player in 2013 and turned out seven times in the Premier League this term prior to picking up an injury against Swansea on October 14.

Huddersfield, who are priced at 2.30 to be relegated, suffered a 2-0 loss at the Liberty Stadium and their day got even worse when Billing had to be stretchered off on the hour mark.

Billing made 24 appearances in the club’s promotion winning campaign and he has remained a key figure in David Wagner’s plans this term.

However, he will now need 12 weeks to return to full fitness after Huddersfield released a statement confirming that an operation was necessary.

Huddersfield said in a statement: “Following his surgery, Philip will be out for approximately 12 weeks and will work closely with the medical team and fitness department.”

Wagner acknowledged that Billing’s absence would be a huge blow but insists they will focus on ensuring he comes back even stronger.

“We would all like to wish him a speedy recovery,” Wagner said.

“The focus now is to help him return fitter and stronger than before, so he is ready to help us for the rest of the Premier League season.”

Meanwhile, Town also confirmed that Jon Gorenc Stankovic, Michael Hefele and Kasey Palmer are all making good progress in their recoveries as the newly promoted side look to build some momentum after their recent shock win over Manchester United.

The Yorkshire outfit have made a positive start to life in the top-flight and they currently sit 11th as they gear up to face Liverpool on Saturday.