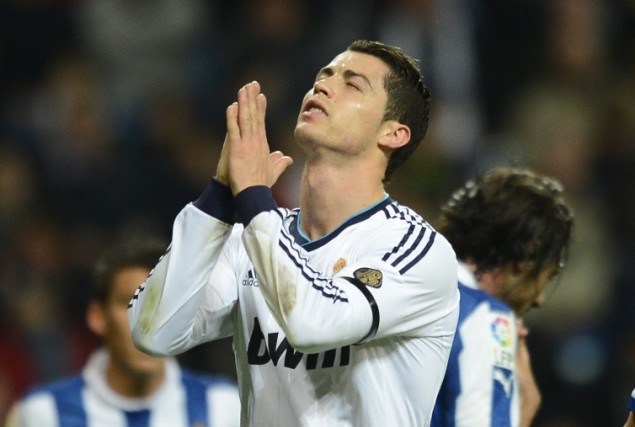 The 28-year-old stunned seasoned Madristas last season when he revealed he was “sad”, sparking widespread reports he was ready to leave the Spanish capital and look for a new challenge.

Former club Manchester United and big-spenders Paris Saint-Germain have been credited with an interested in the Portugal international, who has two more years to run on his contract with Los Blancos.

The former Sporting star has scored an astonishing 146 goals in four seasons in Spain and has won the La Liga title, Copa del Rey and Spanish Super Cup.

He remains the world’s most expensive footballer, and, now in his peak years, is at the heart of Real Madrid’s quest to win ‘la Decima’.

“Cristiano Ronaldo is priceless,” revealed Perez. “We will do it (win the 10th European title), and Cristiano will score a goal in the final.”

Perez is currently in the process of recruiting a new manager following Jose Mourinho’s return to former club Chelsea, but said he does not expect a change in the Estadio Santiago Bernabeu hot-seat to affect Ronaldo’s thinking.

In his first speech since being re-elected as the capital club’s president, the 66-year-old went as far as suggesting Ronaldo could even see out the rest of his career with Real.

“I think that Cristiano will end his professional career at Real Madrid,” he said.

“And that’s not all, I can tell all Madristas that we will soon win la Decima with Cristiano.

“I don’t know whether the Madristas are very concerned about the contract renewal of Cristiano. He still has two more years.”