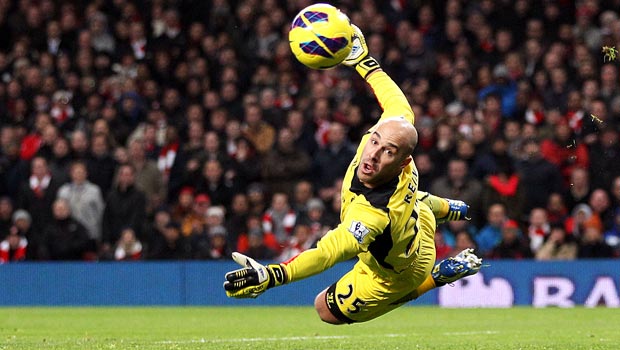 Bayern Munich are close to completing a move for Liverpool goalkeeper Pepe Reina, the German club has confirmed.

Reina, who has also been linked with AC Milan and Napoli this summer, has arrived in Munich ahead of a medical with Liverpool keen to get the highly-paid keeper off their wage bill.

“The player is scheduled to come to Munich for a medical in the next few days and sign his contract,” Rummenigge stated.

The move comes after Bayern agreed terms with both Liverpool and Reina, who will play second fiddle to first-choice goalkeeper Manuel Neuer.

“Michael Reschke has told me this is the case,” Rummenigge said. “Pepe Reina really wanted to join Bayern Munich. He was prepared to undertake this adventure, although he knows he has Manuel Neuer ahead of him, a first-choice keeper who will, provided nothing untoward happens, remain number one.”

The agreed fee for Reina is believed to be in the region of just £2m, although that could rise if he features regulalry for Bayern.

The 31-year-old goalkeeper will sigh sign a three-year contract at the Allianz Arena to keep him with the German champions until 2017.

He will be reuinted at Bayern with head coach Pep Guardiola, his old Barcelona team-mate in 2000/01.

Reina spent nine years at Liverpool after joining from Villarreal in 2005, making 394 appearances in all competitions.

The Spain international spent last season on loan with Napoli and was a key part of Rafa Benitezs squad as they won the Coppa Italia and finished third in Serie A but fell out with Reds boss Brendan Rodgers following the arrival of Simon Mignolet at Anfield.

Bayern Munich are 1.11 to win the Bundesliga this season.