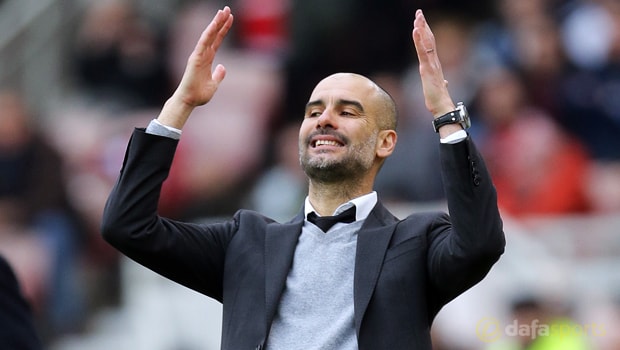 Manager Pep Guardiola says he is gearing up for a season-defining week as Manchester City look to continue their hunt for silverware.

It has been a roller-coaster ride for Guardiola since he took charge at the Etihad Stadium last summer and the campaign started off in fantastic fashion with 10 straight victories across all competitions.

However, the Citizens have found life tough since that brilliant start and the club currently find themselves sitting third in the Premier League, 10 points behind leaders Chelsea.

City did book their place in the semi-finals of the FA Cup on Saturday, beating Middlesbrough 2-0 at the Riverside Stadium, and they are 3.50 favourites to win the trophy for the first time since 2011.


Guardiola’s men will also be hoping to progress to the last-eight stage of the Champions League on Wednesday when they take on Monaco in the second leg at the Stade Louis II.

The English outfit have a 5-3 advantage heading to France after the enthralling encounter at the Etihad and they are narrow 2.50 favourites to win the match, a draw is priced at 3.60 whilst the hosts are available at odds of 2.60.

City then play host to fourth-placed Liverpool on Sunday in the league and Guardiola admits next week is the most important stage of the season for his side.

“The Monaco game and against Liverpool before the international break will define our season,” he told BBC Sport.

“Every game you play, you have to play well, try to win and show the opponent you are there to win.”

The blue side of Manchester are 2.05 favourites to clinch all three points against the Reds, a draw is priced at 3.50 while the visitors are a 3.40 chance.