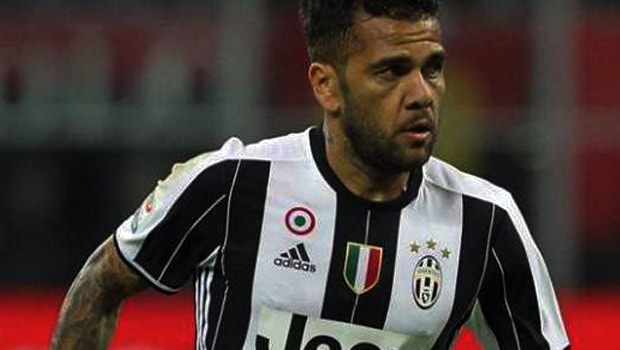 Juventus star Dani Alves has his sights set on Champions League glory ahead of FC Porto’s visit on Tuesday.

The Italian champions appear on course to reach the quarter-finals as they hold a 2-0 advantage after a first-leg victory in Portugal.

Juve reached the Champions League final in 2015, losing out to Alves’ then-club Barcelona, and the Brazil international feels they can challenge for Europe’s top prize this season.

Alves left Camp Nou for Turin last summer and the 33-year-old insists he wouldn’t have joined the Serie A league leaders if he did not think they could challenge for the Champions League crown.

“We are in good shape, both physically and psychologically,” he told JTV.

“Now we are going into the most important part of the season. Great players work all year to be ready for these moments, the ones that all you to win competitions. Together, we can have a great finale to the campaign.

“I expected it to be a strong Juve side when I arrived, because a team that wins five consecutive Scudetto titles and reaches the Champions League Final has to be strong.

“I came to a club that wants to win everything and that fires me up, it makes me and my teammates aware every day that we can write history.

“The Juventus Stadium reminds me of the atmosphere I experienced in Brazil or at Sevilla.

The fans are right there next to you and they want the same thing as you – without doubt that gives us extra strength.”

Juve are 1.67 to win in 90 minutes against Porto on Tuesday and 9.00 to win the Champions League outright.