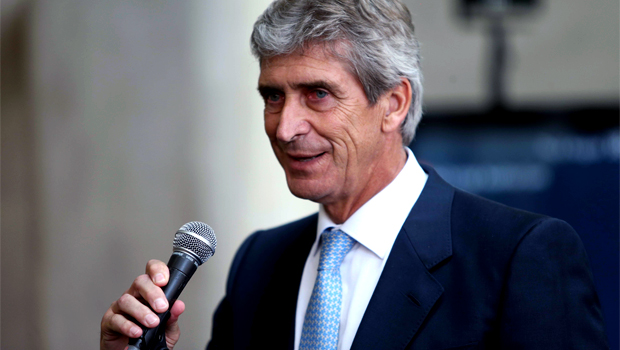 Manuel Pellegrini is seemingly full of confidence but has perhaps created a rod for his own back by declaring his belief that he has the best squad in country at his disposal at Manchester City.

There were many that thought the Citizens possessed the strongest collection of players last term but, for whatever reason, they were unable to repeat their title success of 2011-12.

Although that success came courtesy of a superior goal difference, it was expected that City would kick on and exert their dominance but ended up empty handed after a wilting title challenge, an FA Cup final defeat and another doomed Champions League campaign.

The abject failure on the European stage – their second in as many season – was possibly the key factor in the club’s decision to part company with Roberto Mancini, opting for a wily tactician who was twice led unfashionable clubs – in Villarreal and Malaga – deep into Europe’s elite competition.

Pellegrini has wasted no time in stamping his mark on the squad, spending close to £100m to bring in Fernandinho, Stevan Jovetic, Jesus Navas and Alvaro Negredo, with Carlos Tevez the only notable departure.

There is still likely to be more activity in the transfer market with Pellegrini believed to be looking to add at least one defender to his pool, but he is clearly enthused by the talent already at his disposal.

“I think we have the best squad in England,” Pellegrini said.

“We bought four important players, we already had a very good team and with these four players I think we improved a lot.

“We hope that from the first match against Newcastle at home we will start winning, and we will try to bring another trophy here.”