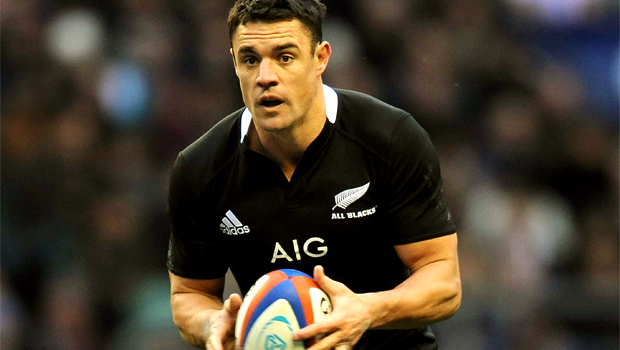 New Zealand fly-half Dan Carter is already looking forward to his side’s defence of World Cup and is determined to avoid the same injury problems he endured last time on home territory.

The All Blacks of course secured the Webb Ellis Trophy in 2011 – surprisingly only for the second time and first since the inaugural event in 1987 – and had to do it largely without their talisman playmaker.

Carter had played in 37-17 group win over France and was set to lead the side in the final match against Canada before being ruled out of the rest of the tournament after tearing a groin tendon in the build-up to that game.

The All Blacks were given a real scare in the final but managed to just edge out Les Bleus, winning 8-7 in Auckland to prompt huge celebrations around the country.

Carter is now looking ahead to the next World Cup in England in 2015 and, having largely missed out in front of his home fans, he is keen to make sure he is fully rested and recharged by missing most of next season’s Super 15 campaign.

The 31-year-old has announced that he will follow in the footsteps of current captain Richie McCaw and take a six-month sabbatical from the sport, following New Zealand’s European tour later this autumn.

“Ultimately, I want to play in the next Rugby World Cup in 2015. To do that, it’s important that I put myself in the best possible position, both physically and mentally,” said Carter.

“When you play the game full-time at this level it does take a toll on your body. I’ve had a few injury niggles over recent years, so I’m keen to ensure I do everything I can to recover fully from those and prolong my career.”

Carter will play for the All Blacks in the upcoming Rugby Championship with the first match against Australia in Sydney on August 7, before the return fixture in Wellington the following week.

New Zealand are of course the defending champions after dominating the inaugural event last year, winning all six matches to finish 14 points clear of the Wallabies in second.